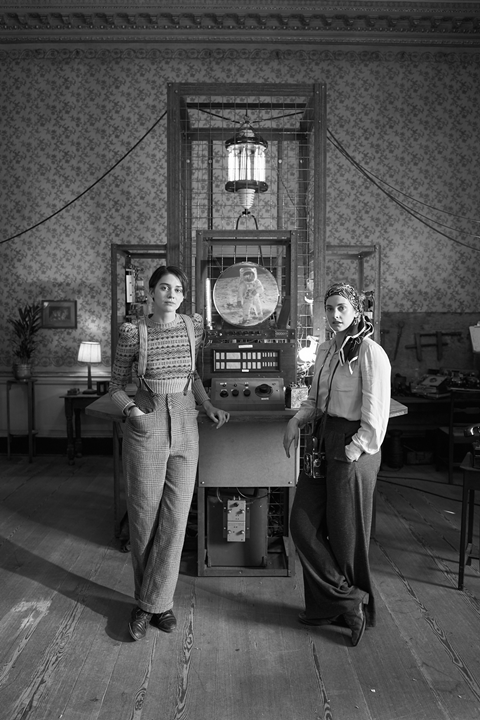 A first image from the set of the film shows Emma Appleton (The Witcher) and Stefanie Martini (The Last Kingdom) in front of L.O.L.A., a machine that can intercept radio and television broadcasts from the future.

Bankside Films has worldwide rights to the film and will be sharing a promo with buyers at the virtual American Film Market (AFM) this week.

Set in 1940, the story centres on the sisters as they initially use the machine to discover music from the future and place bets, before realising it will best be used to help fight the Nazis. But when the sisters clash, the consequences are catastrophic.

The script was written by Legge and Angeli Macfarlane, from a story by Legge, Henrietta Ashworth and Jessica Ashworth (Tell It To The Bees).

It marks the feature directorial debut of Legge, whose short films include The Girl With The Mechanical Maiden and who was previously selected for Cannes’ Cinefondation.

Neil Hannon of The Divine Comedy is writing original songs and the score for the film.