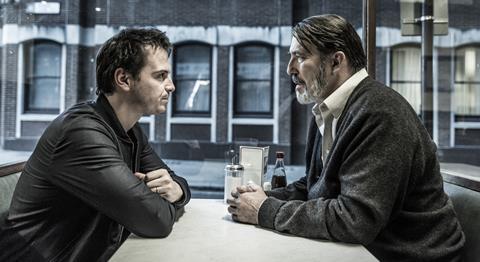 Daniel Konrad Cooper (Burn Burn Burn) produces for Bill Kenwright Films and under his own banner Rather Good Films. Screenplay is from David Watson.

The high-end short tells the story of estranged father, Eamonn, and his son, Sean, who meet up after 15 years in a café in London in order to heal old wounds.

The film also stars Polish actress Agnieszka Grochowska, who joined the film set straight from the premiere of Obce Niebo at the Gdansk Film Festival for which she collected the Best Actress award.

Director Yates is known for his work in theatre with recent productions including East Is East with Jane Horrocks and Ayub Khan Din and The El. Train with Golden Globe winner Ruth Wilson.