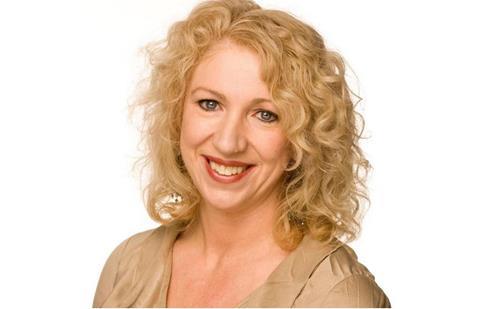 Morrison, who is the second woman to become chair in the history of BAFTA, has been closely involved with the organisation for six years as a member of the Television Committee, chair of the Learning & Events Committee and member of the Board of Trustees. Hilary Bevan Jones was BAFTA’s first female chair in 2006.

Morrison said: “I am delighted and deeply honoured to become chair of BAFTA. Over the next two years I want to build on everything BAFTA has already achieved, from the prestigious awards to the amazing year-round learning programme that supports, nurtures and develops new talent.

“I look forward to sharing my passion for offering opportunities to talented young people, regardless of their background, and inspiring them to progress further in their careers. BAFTA has something for everyone, from young game designers to world-leading practitioners.”

Morrison was appointed director of the BBC Academy in 2009, overseeing the largest broadcast training organisation in the UK and delivering more than 57,000 days of training each year to BBC staff and the wider broadcasting industry. She has driven the creation and delivery of all BBC training in journalism, production, leadership and technology. Morrison recently announced she would depart the BBC later this year.

Educated in Belfast and Churchill College, Cambridge, Morrison’s background is principally in television production starting as a producer/director and rising to become controller, Documentaries and Contemporary Factual at the BBC responsible for 1,000 staff and over £100m in programme budgets.

Under her leadership, the production department made programmes including Dunkirk, The Secret Policeman, The Queen’s Golden Jubilee, One Life, Mischief and What Not To Wear and relaunched Top Gear. She was then appointed programme director of the Network Supply Review, planning and overseeing the growth of BBC network television from Scotland, Wales and Northern Ireland, before taking up the BBC Academy role in 2009.