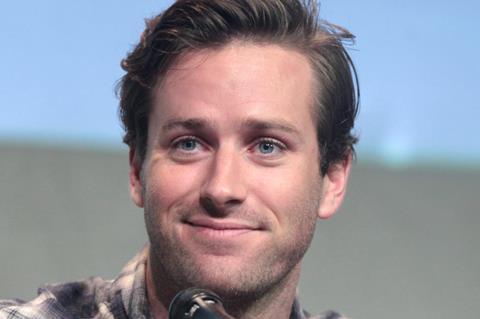 Armie Hammer has departed the Lionsgate International sales title and action comedy Shotgun Wedding ahead of its late February production start in Dominican Republic in light of a social media controversy.

According to sources the role, in which Hammer was set to star opposite Jennifer Lopez, will be recast.

Hammer, whose credits include Netflix’s recent Rebecca adaptation and Call Me By Your Name, exited the project after messages of a personal nature reportedly from his Instagram account emerged last weekend.

A spokesperson for the production said, “Given the imminent start date of Shotgun Wedding, Armie has requested to step away from the film and we support him in his decision.”

In a statement reported in the press Hammer said, “I’m not responding to these bullshit claims but in light of the vicious and spurious online attacks against me, I cannot in good conscience now leave my children for 4 months to shoot a film in the Dominican Republic.

“Lionsgate is supporting me in this and I’m grateful to them for that.”

Shotgun Wedding centres on a couple who have doubts heading into their destination wedding when the event is hijacked by criminals. Jason Moore directs.

The project was a major draw for buyers at the virtual AFM last year.