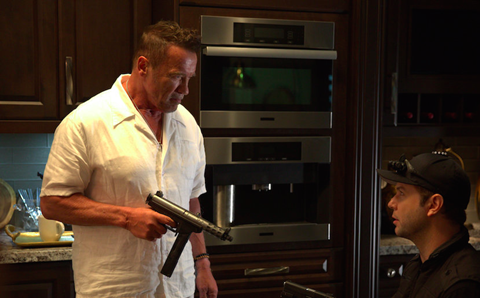 Taran Killam directed and stars alongside the former California governor, who plays a showboating hitman who becomes the target of a group of jealous fellow assassins.