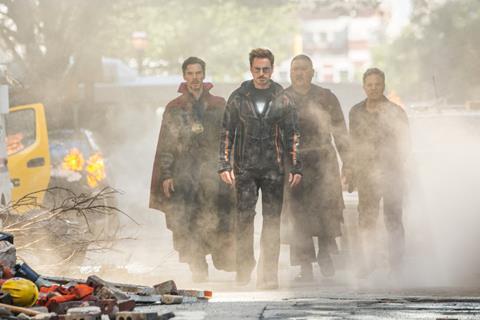 Avengers: Infinity War stayed top of the UK box office this weekend with a four-day haul of £12.85m, including the bank holiday Monday.

The film took £10.15m Friday-Sunday, a fall of 57%, a strong hold considering the sunny weather across the UK. The running total is now an outstanding £51.85m after the bank holiday, a figure that puts it on the cusp of surpassing the lifetime gross of Avengers Assemble (£51.9m) in just two weekends.

It also became the highest-grossing UK release of 2018 so far, surpassing Black Panther (£50.4m to date).

Including a small number of previews and grosses from the bank holiday, the film is now up to £1.5m.