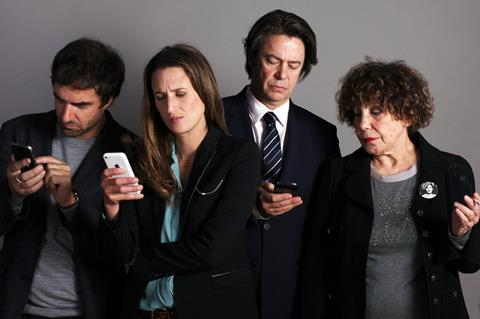 On the eve of Mipcom, BRON Studios and the UK’s Headline Pictures have secured English-language remake rights to hit French TV comedy Call My Agent! and set Bafta-winning John Morton to write, direct and serve as executive producer.

Morton, who created the BBC mockumentaries Twenty Twelve, W1A and People Like Us, will relocate the story to a London talent agency. Production is scheduled to start in and around London in June 2020 and the series will feature A-list British and American cameos.

BRON Studios, riding high following the record-setting global launch of Joker, which BRON Creative co-financed through its $100m pact with Warner Bros, will co-produce with Headline Pictures, co-producers on Amazon Studios smash The Man In The High Castle.

Fanny Herrero created Call My Agent! (Dix Pour Cent) which takes place at a Paris agency where the founder’s death sends the company into a tailspin. The series is in its fourth season.

The move steps up BRON’s push into international television after Shadowplay, its upcoming Berlin-set thriller that is scheduled to debut in 2020.

“In this time of political, social and climate upheaval, the world needs to be entertained, and more importantly, to laugh, and there is no one better than John Morton to do that and to bring this UK version of this series to life set against a dynamic London backdrop,” said Davoli. “As a follow up to our first series Shadowplay, we see this adaptation as a cornerstone of BRON’s growth in the international television space and will endeavor to entertain audiences around the world with it for many years to come.”

“Serendipitously, I came across the French original on France 2 in Autumn 2015 – it had a record audience share of over 5 million viewers and I immediately loved it – it’s a brilliant, relatable, workplace comedy drama that drew in a wide audience from all ages and backgrounds,” said Baute.

A ”thrilled, startled and daunted” Morton said, “If we’re all very ambitious for this project, it’s only because the original is so good.”