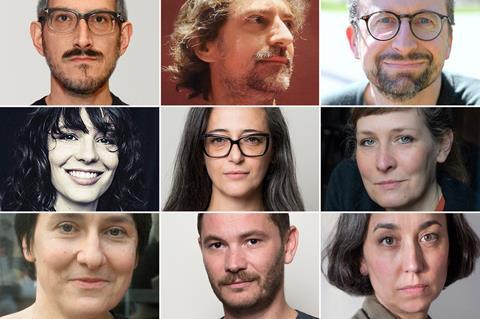 Chatrian, who officially takes up his role alongside new executive director Mariette Rissenbeek on June 1, 2019, has brought four colleagues with him from the Locarno Film Festival, where he served as artistic director from 2012 to 2018.

Also joining the Berlin selection committee from Locarno are Italians Lorenzo Esposito and Sergio Fant, plus Aurélie Godet from France. All three were on the Locarno committee from 2013 until last year.

Rounding out the new committee are Verena von Stackelberg, who is the film programmer at Soho House in Berlin and is founder and managing director of Berlin cinema Wolf Kino; and Barbara Wurm, an author and curator who has worked on the selection committees of DOK Leipzig and the International Short Film Festival Oberhausen.

The new committee has four women and three men (four including Chatrian).

Chatrian has also appointed two new section heads. Michael Stütz becomes head of Panorama, where he was previously curator and programme manager for the past two years and has worked since 2006.

Anna Henckel-Donnersmarck becomes head of Berlinale Shorts, replacing Maike Mia Höhne, who was appointed artistic director of the Hamburg International Short Film Festival last year. Henckel-Donnersmarck has been a programmer, moderator and juror at festivals including Pictoplasma, Stuttgarter Filmwinter and Kasseler Dokfest for the past 20 years.

The festival intends for the new committee to work together beyond the 2020 event. “The appointments are intended to create a committee that works closely together with a long-term commitment,” Chatrian told Screen.

Chatrian and Rissenbeek also outlined their responsibilities in their new roles. Rissenbeek will focus on “financing and organisational as well as communication structures on the one hand and developing new strategies and the respective concepts on the other.” This includes supporting industry activities European Film Market, Berlinale Co-Production Market, Berlinale Talents and World Cinema Fund.

Chatrian said he is ”responsible for the festival’s artistic profile. In looking after the programming work, supported by the selection committee, I wish to carve out the artistic shape of the entire festival programme.”