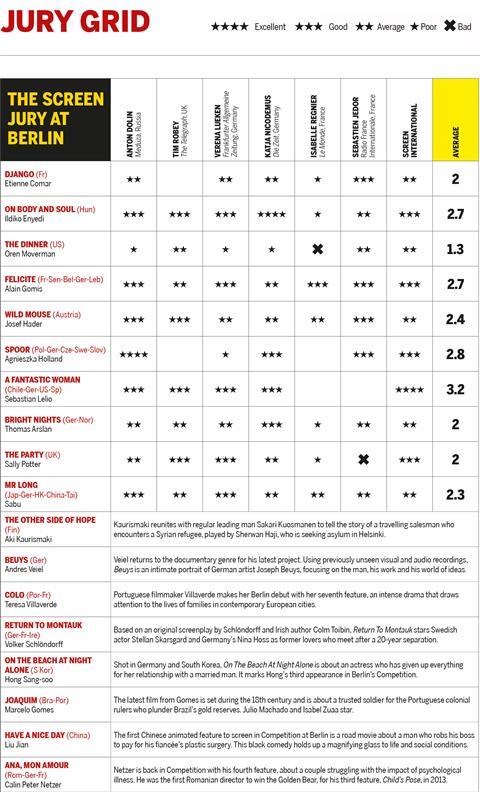 As the 67th Berlin Film Festival’s competition crosses the halfway point, Sebastian Lelio’s A Fantastic Woman continues to lead the way on Screen’s Jury Grid, and is the only film to clock up more than three stars from a possible four.

Debuts on the grid today included Sally Potter’s The Party, which notched a 2.0 rating.

The film divided Screen’s jury of international critics, with the UK’s Tim Robey, Germany’s Verena Lueken and Screen’s own critics all awarding it an impressive three-stars, while France’s Sebastian Jedor gave the film no stars.

Screening today are Aki Kaurismaki’s The Other Side Of Hope and Andres Veiel’s Beuys. The competition wraps on Friday.