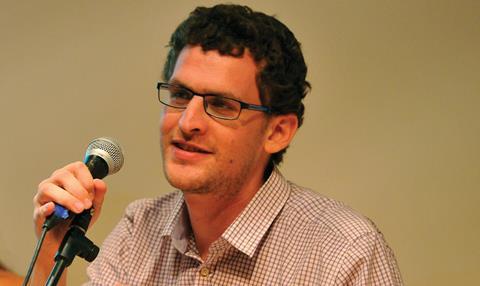 The Israel-France co-production recently wrapped a 23-day shoot in Tel Aviv and the nearby city of Bnei Brak.

He previously made documentary Ponevez Time, which was nominated for an Israeli Academy Award. His graduation short from the Sam Spiegel Film School Driver played at Jerusalem in 2011, while he is also known for co-creating the award-winning Israeli TV series Shtisel.

It tells the story of a man (played by Moshe Folkenflik) living on the fringes of an ultra-orthodox community in Bnei Berak who spends his days taking beggars to wealthy homes to encourage them into acts of philanthropy, taking a cut for himself. One day, he finds himself faced with the responsibility of his nine-year-old daughter (Manuel Alkalasi) after his wife suddenly leaves him.