Beta Cinema picks up 'The People vs. Fritz Bauer'

Lars Kraume’s Nazi-hunting drama has been sold in France and Switzerland; further deals are in “final negotiations”. 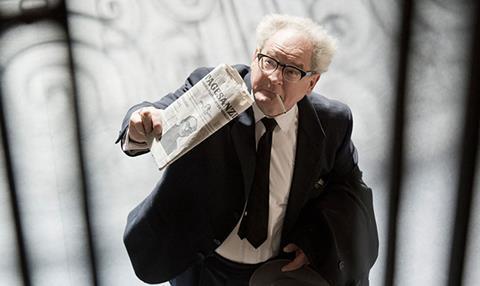 The film, which receives its premiere at Locarno Film Festival (Aug 5-15) next week, is set in 1957 Germany and tells the story of attorney general Fritz Bauer as he finds crucial evidence on the whereabouts of an SS officer responsible for the mass deportation of Jews during the holocaust.

Distribution deals have been struck with France’s ARP Selection, Swiss outfit LookNow! Filmdistribution, and more deals are in “final negotiations” according to Beta.

German distribution company Alamode will handle the national release of the film, set for October 1.

Beta Cinema previously handled Giulio Ricciarelli’s Labyrinth of Lies, which premiered at Toronto last year and will receive a US release in September.