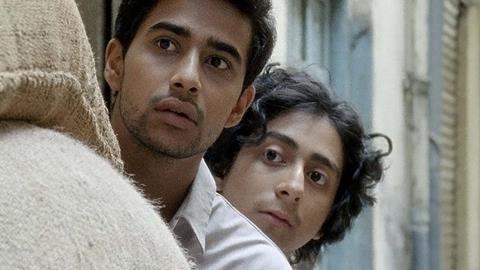 Beta Cinema is to handle international sales of Umrika, an Indian drama from writer-director Prashant Nair’s that stars Life of Pi’s Suraj Sharma and The Grand Budapest Hotel’s Tony Revolori.

The film will receive its world premiere at the Sundance Film Festival on Jan 24 and is the only Indian title in its World Cinema Dramatic Competition. North America sales will be handled by ICM Partners.

Umrika (Hindi for America) marks Nair second feature 2011’s Delhi in a Day and was taken through the Sundance Labs.

The Hindi-language film is produced by Swati Shetty and Manish Mundra.

Set in the mid-1980s, a small village in India is invigorated when one of their own travels to America and details his adventures through letters home. But when the letters mysteriously stop, his younger brother Rama ( Sharma) sets out on a journey to find him. With the help of his best friend Lalu (Revolori), Rama retraces his brother’s steps and charts a path of his own.

Sharma broke out in Ang Lee’s Life of Pi before appearing in Disney’s Million Dollar Arm and in the most recent season of Showtime’s Homeland.

Revolori is one of the SAG Awards nominated lead stars of Wes Anderson’s The Grand Budapest Hotel and stars in another Sundance 2015 title, Dope.