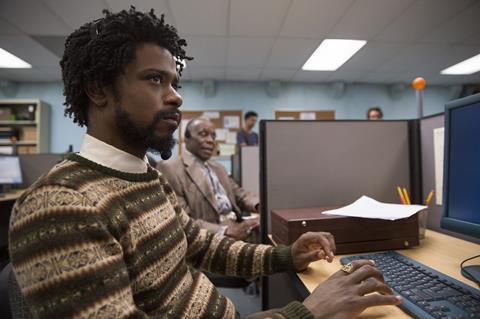 ‘Sorry To Bother You’

The BFI London Film Festival (LFF) has added three further titles to its programme, ahead of next month’s event (October 10-21).

Boots Riley’s feature debut Sorry To Bother You is added to the Laugh strand. The Sundance 2018 title features Lakeith Stanfield (Get Out) as Cassius Green, a telemarketer who discovers a magical key to professional success.

The film will be distributed outside of the US by Focus Features and Universal Pictures, Riley revealed on Tuesday September 18 via his Twitter. The UK release will be on December 7.

Sorry To Bother You will have it’s UK premiere at the London Film Festival!!!

It hits the rest of the UK on December 7th.

Distributed outside of North America by Focus/Universal Pictures.

Jacques Audiard’s The Sisters Brothers will play in the Journey section. The film, which premiered at Venice Film Festival in September, stars John C Reilly and Joaquin Phoenix as hitman siblings negotiating their way through the American Gold Rush of the 1850s.

Another Venice premiere, S. Craig Zahler’s Dragged Across Concrete, will play in the Cult section. It stars Mel Gibson and Vince Vaughn as a pair of cops who are suspended for their renegade approach, and resort to an unconventional criminal plan.

The festival has also added three talks to the programme. Maggie Gyllenhaal will give a screen talk on October 19 about her career, which includes LFF 2018 title The Kindergarten Teacher.

Joining the LFF Connects series are discussion sessions with Clint Mansell (composer on LFF 2018 films Out Of Blue and Happy New Year, Colin Burstead) and Riley.

LFF will open with the international premiere of Steve McQueen’s thriller Widows, and close with the world premiere of John S. Baird’s Stan & Ollie.

Titles playing across the the twelve days include the Coen Brothers’ The Ballad Of Buster Scruggs, Alfonso Cuarón’s ROMA, Luca Guadagnino’s Suspiria and Barry Jenkins’ If Beale Street Could Talk.