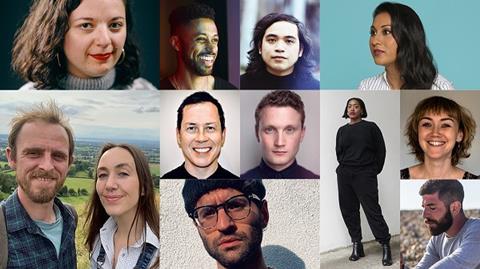 The programme, now in its seventh year, is supported by the BFI with National Lottery funding, and will take place from October 8-11.

The 12 filmmakers were selected from 360 applicants. The BFI said the programme “celebrates difference in approach and perspective, and seeks out filmmakers looking to disrupt conventions”.

This year’s line-up includes Bifa-nominated writer, director and producer Jessi Gutch, whose experience of living with ovarian cancer has inspired her to tell stories about the disease through film, and led to her first industry commission, The Forgotten C.

The programme includes masterclasses, screenings, networking and one-to-one sessions with visiting international filmmakers and executives who are screening work at the LFF.

“It is a privilege to be able to select the participants of Network@LFF, since they are the filmmakers whose work will fill the pages of festival brochures for years to come,” said James Weddup, interim head of BFI Network. “We are putting together an intensive programme, which promises to challenge and enrich this year’s emerging producers, writers and directors, while also giving them the opportunity to be immersed in the LFF and interact with leading international filmmakers and execs.

“In terms of interdisciplinarity, range of genre and sheer verve, this is one of the most exciting cohorts we have seen.”