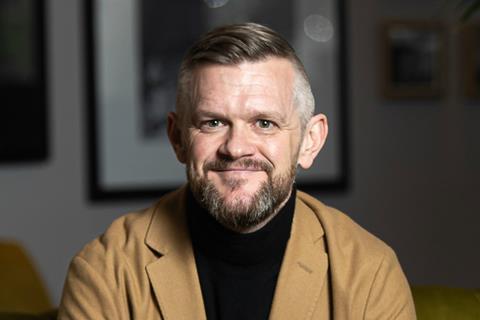 The British Film Institute has outlined five areas in which it is taking action to improve the “diversity deficit” across the film and TV industry.

“At the BFI, we are united against racism but we have not been actively antiracist,” said CEO Ben Roberts in an open letter to the industry including BFI members, patrons, sponsors and staff.

“We know there are some longstanding and endemic issues within the organisation which can harm people and undermine our values. Whilst we are not alone in confronting this truth, it is crucial that we have uncomfortable conversations not just with each other, but also with those who have been marginalized or ignored.”

BFI members have privileged access to BFI festivals, screenings and events at BFI Southbank in London.

The full text of Roberts’ introduction is available below.

The letter set out five areas in which the Institute is making “initial commitments”: ‘Who we are’; ‘Our public programmes’; ‘Curation’; ‘A commitment to every day inclusion that benefits everyone’; and ‘Industry collaboration’.

Specific commitments include regular, more detailed updates on efforts to reach its employment targets for people of colour (POC); setting targets for representation across all the BFI’s cultural programmes; ensuring BFI collections are representative of the experiences of POC in the UK; expanding and promoting the BFI’s Diversity Standards; and investing in skills by inviting further collaborations from companies on BFI Film Academy programmes.

In the weeks since the murder of George Floyd, I’ve talked to many colleagues across the BFI about the need to address systemic racism, and tackle our own institutional failings.

At the BFI, we are united against racism but we have not been actively antiracist. We know there are some longstanding and endemic issues within the organisation which can harm people and undermine our values. Whilst we are not alone in confronting this truth, it is crucial that we have uncomfortable conversations not just with each other, but also with those who have been marginalised or ignored.

We have substantial resources at our disposal to effect change, including a National Collection that holds over one hundred years of social history; an education programme that reaches over 10,000 young people every year; public funds that support new films and new voices; major public platforms to share cultural programmes (BFI Southbank, BFI Player, our Festivals, Sight & Sound); and many knowledgeable and passionate people.

We have also been leaders on driving inclusion. We introduced the Diversity Standards in 2014, the first time that measures were introduced that tied diversity to public funding and, with BAFTA’s support, to awards. We are working with AMPAS to help them develop similar awards criteria. And we worked quickly and collaboratively as an industry to develop bullying and harassment guidelines in the wake of #MeToo.

But - we need to embody the change we want to see, and be accountable as a public institution, looking like and reflecting the public we serve.

I took on the role of Chief Executive in February with a commitment to colleagues and our Board that I would put us on a path of radical change. This will mean dismantling the biases and hierarchies that are present within the BFI, and doubling-down on our duty as a public organisation to represent and welcome the perspective of all audiences and filmmakers: through our people, our programmes and collections, and the work we fund.

People of colour are underrepresented across the organisation, including in senior positions; there are no POC in the Executive team; and aspects of our recruitment and decision-making processes can push out rather than lift up non-white colleagues. Film has the power to teach history, amplify voices, and to challenge stereotypes, but we are limiting our ability to build a new and truly representative canon, and tell new stories through our collections and programmes.

There is also a persistent diversity deficit across the industry which we must urgently address.

We have made progress by setting targets and holding each other to greater account, but the status quo in the film community is undoubtedly still a system that privileges whiteness, and it has persisted for too long.

So, I’m inviting colleagues from across the film community to commit to change, to commit to being actively antiracist, and to collaborate with us on making our industry a better place to work.

We will share resources and experiences openly, and lift up and engage with the people and organisations who are already doing the work. I welcome industry colleagues and supporters to get in touch with us and take action.

We won’t get everything right, but we should also stop convincing ourselves that sufficient progress has been made. We must wean ourselves away from schemes and panels, and towards swifter solutions. We can no longer just say “we must do better” - tangible action is needed.