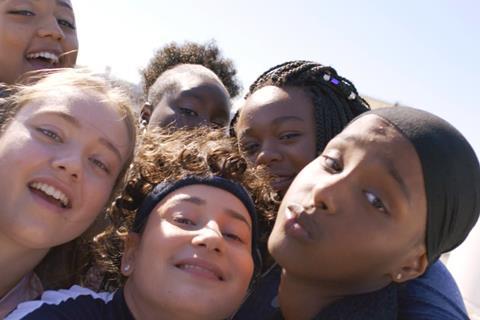 Total production funding from the British Film Institute (BFI) fell by £4m to £12.9m between April 2018-March 2019, compared to £16.9m the year before, according to figures published by the organisation.

The full list of recipients and the amount they received is below.

A BFI spokesperson said the decrease in the total amount awarded to production year-on-year was due to normal fluctuations and was not indicative of any changes in the amount of money available. As part of the organisation’s BFI2022 plan, which covers five years from 2017 to 2022, the BFI committed to investing £79.5m through the production fund, equating to an average of £15.9m per annum.

”Our priority is not getting a fixed amount of money out the door within a certain timeframe but to back the talent and projects we believe in,” said the spokesperson. “As a result there are different levels of funding year-on-year where we may carry forward budget into the next financial year or vice versa.”

Additionally, the figures did not include documentary production funding, which was entirely transferred over to the separate BFI Doc Society Fund for the period. It had invested £1.6m in seven documentaries in 2017-18.

The exception was Scheme Birds which received £50,000 directly from the production fund in 2018-19, as the fund had backed the feature documentary with the same amount in 2017-18 and said it wanted to ensure continuity.

Furthermore, the figures do not include development awards to UK features, or any other funding activity such as training and outreach.

The number of female writers and directors supported by the BFI increased in 2018-2019, although the total number of female producers to receive production funding was down. In 2018-19, 53% of directors supported identified as female, while the figure also stood at 53% for producers and 47% for writers. In comparison with 2017-18, the female directors and writers figures were both up from 39% and 41% respectively, while producers was down from 71%.

This is the first year the BFI has published the diversity data for its production funding and the organisation has said it will do so annually from now on. Although applicants are not obliged to disclose the information, the BFI encourages everyone to complete a diversity monitoring form and it is from this that its diversity statistics have been compiled. Projects are required to meet the BFI’s Diversity Standards in order to receive production funding but these can be achieved through various criteria.

Furthermore, the BFI has now started collecting socio-economic data from its funding recipients for the year 2019-20 and in the future will publish that as part of the disclosure of diversity information.

“Socioeconomic background remains a barrier to entry in the industry. A target for filmmakers from working-class backgrounds will be set once we have collected sufficient data from current applicants, through measurements that we set last year,” said Ben Roberts, deputy CEO of the BFI who oversees the BFI Film Fund in a statement.

On the wider data, Roberts said while the BFI had “reached or exceeded our targets in a number of areas”, there were still “areas of underrepresentation that need the industry’s attention”.

In particular, Roberts highlighted “[the] need to increase the number of successful BAME producers, the number of BAME women in top creative roles and the number of filmmakers with disabilities”.

He added the organisation has “formed an Advisory Board made up of disabled talent in front of and behind the camera who are helping us to better support disabled filmmakers”.

One of the key differences in the year-on-year funding was the introduction of the BFI Doc Society Fund, which saw documentary body Doc Society (formerly BRITDOC) take over all of the BFI Film Fund’s documentary funding activity for 2018-19.

Doc Society was awarded £1m in that period to fund 18 documentary features, while further money was provided to support overheads and various documentary-supporting initiatives such as training and outreach, plus £112,500 to fund short films.

In total, Doc Society received £1.8m to cover a period of 18 months, with £1m earmarked to support feature production.