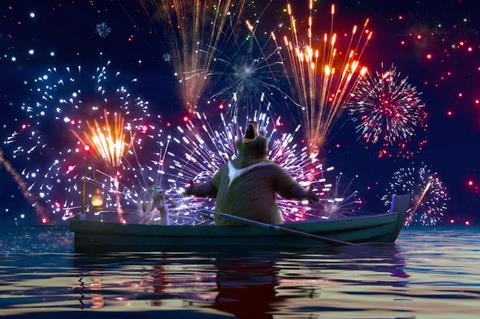 The sales team led by president of international distribution Juraj Barabas attended the recent AFM where buyers responded to a couple of minutes of footage on the story by Madagascar co-writer Billy Frolick.

Licensing Brands is in advanced talks on a number of further territories on Big Trip 3D, which centres on a baby panda that the stork delivers by mistake to a bear, who sets out to take the newborn to its rightful home. Warner Bros licensee Karoprokat has scheduled a wide theatrical release for the family film in Russia in New Year 2019.

“AFM was the first market of our international division and I believe that we have delivered solid results for a newcomer in the competitive marketplace,” Barabas said.

“Buyers recognized that the quality of the animation is one of the best on the independent scale and we cannot wait until Berlin to show more footage on Big Trip 3d as well as introduce new exciting projects.”

“I am very happy with the launch of our international sales division,” Maxim Rogalsky, producer and co-partner at Licensing Brands, said. “AFM showed us a very strong interest from international buyers in our animation studio, which is capable to deliver high quality product on a constant basis. We hope to build long-lasting relationships with our customers.”

Licensing Brands was established in 2014 in Moscow by Roman Borisevich and Vasily Rovensky before Rogalsky joined a while later and has five feature animations in the pipeline.