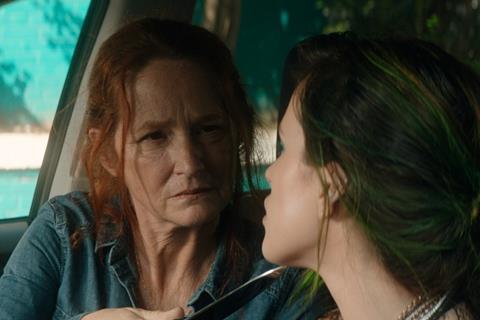 Melissa Leo and Bella Thorne in ‘Measure Of Revenge’

Blue Fox Entertainment has acquired international rights to elevated thriller Measure Of Revenge starring Melissa Leo and Bella Thorne and is launching talks with buyers at next week’s AFM 2021 Online.

Peyfa directed the story about Lillian Cooper (Leo), a New York stage actress who enters the murky underground rock scene to investigate what she believes to be the suspicious death of her rock star son. Inspired by the characters she has portrayed on stage, Lillian forges an unlikely alliance with her son’s former drug dealer (Thorne) to find the truth.

The cast includes Jake Weary and Adrian Martinez. Measure Of Revenge filmed in New York City and is produced by ACE Pictures Entertainment, with ACE’s Timur Bekbosunov and Peter Wong serving as producers alongside Jen Gatien.

Leo won the supporting actress Oscar for The Fighter and earned a best actress Oscar nominated Frozen River. Thorne’s credits include The Duff and Midnight Sun.