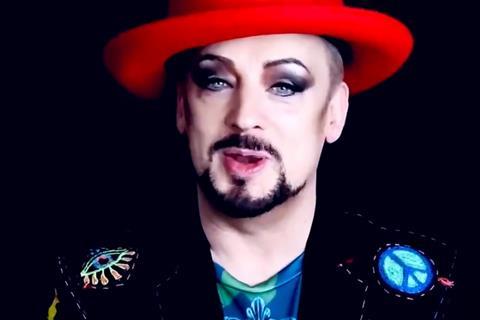 Sacha Gervasi is directing Karma Chameleon, which will explore George’s beginnings in an Irish working-class family, through his rise to chart-topper with 1980s pop sensations Culture Club.

George announed on Twitter that a global search is underway for the actor to play him. The casting director is Kate Ringsell (Wonder Woman, All The Money In The World).

Millennium Media will finance and is producing alongside Templeton Media and Portobello Electric. Production is set for London and around the world.

“We’re elated to bring this amazing story to life. Boy George and Culture Club have been an inspiration to so many people,” said Millennium Media co-president Jonathan Yunger.

“Specifically, George’s unapologetic way of being true to himself. He has paved the way for people to live their truth as fearless individuals. This is more relevant today than ever and we are so proud to have Sacha lead the charge on this musical journey.”