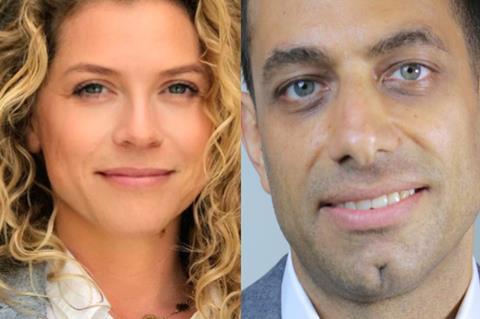 BRON Studios has bolstered its television executive ranks with a key appointment and promotion.

In addition to making talent deals with leading global creative to develop, package and produce premium content, Los Angeles-based Lambert and New York-based Davoli will work with other BRON divisions to source television opportunities, and identify third-party US and international production companies for partnership opportunities.

“I am thrilled to have these two incredibly talented executives leading BRON’s growing television business,” said it company chairman Aaron L. Gilbert, to whom the executives will report. “Both have been doing great work for many years and bring diverse skillsets and experiences to their new posts.”

Lambert was previously a senior associate at Endeavor Content, where she focused on packaging, finance and sales for the US and global markets. From 2006-2016, she ran ICM’s London office where she represented producers and global rights-holders across scripted, non-scripted and digital content.

Davoli had served as senior vice-president of business affairs at BRON Studios. Since joining BRON, he has worked closely with the development, production and finance teams to close numerous deals on the film and television slate, including Jason Reitman’s The Front Runner and the upcoming Taylor Sheridan film, Those Who Wish Me Dead starring Angelina Jolie.

He has sourced and structured several international television co-productions. Prior to BRON, Davoli was in private practice for 13 years as an entertainment attorney and he worked as production, finance or distribution counsel on more than 50 independent film, television and new media programmes.

BRON Studios first television production is the 8-part thriller Shadowplay, on which Davoli will serve as executive producer. The series begins shooting next month in Prague, Czech Republic, and is being made in partnership with StudioCanal’s Tandem Productions and is created by Måns Mårlind (The Bridge, Midnight Sun).