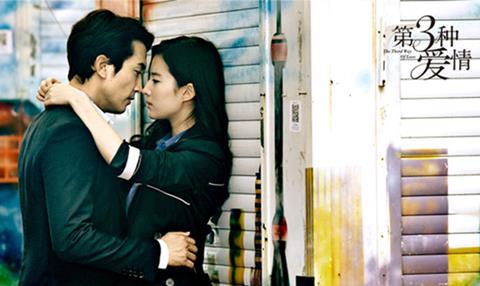 Korea’s SM Contents Investment is financing the film and it is being produced by China’s HS Media Investment Co., Ltd. and Pegasus Media.

The tragic love triangle story stars Song Seung-heon as the heir to a huge corporation and Crystal Liu as a woman who has just gotten through a painful divorce.

“We’re concentrating on this and our other Korea-China co-production My New Sassy Girl,” says Mirovision CEO Jason Chae.

Directed by Cho Keun-shik, the sequel to pan-Asian hit My Sassy Girl is currently in post-production and waiting to pass the censorship board in China. It’s aiming for a spring 2016 release.

Mirovision has in production the latest animation from Ahn Jae-hun and Han Hye-jin Han, the directing duo who were in Busan and the Annecy International Animation Film Festival with Green Days.

The sales company is also selling Italy-Ireland co-production thriller House Of Shadows, directed by Rossella De Venuto, and Korean horror film Malice, directed by Kim Yong-woon. Both were picked up after screening at the Bucheon International Fantastic Film Festival (BiFan) in July.