Busan to open with ‘The Horse Thieves. Roads Of Time’, close with ‘Moonlit Winter’ 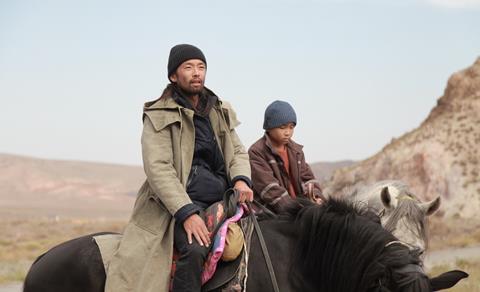 The 24th Busan International Film Festival (BIFF, October 3-12) will open with the world premiere of The Horse Thieves. Roads Of Time, a Kazakhstan-Japan co-production, co-directed by Yerlan Nurmukhambetov and Lisa Takeba.

The closing film, also receiving its world premiere, will be Moonlit Winter, a mother-daughter story directed by Lim Daehyung, whose Merry Christmas Mr. Mo won the NETPAC Award at the 21st BIFF in New Currents. The film was also a recipient of the festival’s Asian Cinema Fund (ACF) production support.

This year’s BIFF is screening 302 films from 85 countries with 150 world and international premieres. Among other programming initiatives, the festival is launching an ‘Icons’ section with films such as Mohsen Makhmalbaf’s Marghe And Her Mother and Brillante Mendoza’s Mindanao, both making their world premieres.

Japanese director Hirokazu Kore-eda is being honoured as this year’s Asian Filmmaker of the Year. After winning the Cannes Palme d’Or in 2018 for Shoplifters, Kore-eda’s first film outside Japan, The Truth, starring Catherine Deneuve, Juliette Binoche and Ethan Hawke, opened this year’s Venice film festival and will screen in Busan as a Gala Presentation.

BIFF’s four-title Gala Presentation section will also include David Michod’s The King and Robert Guediguian’s Gloria Mundi, which are also premiering in Venice, and Wayne Wang’s Coming Home Again, which will premiere as a Special Presentation in Toronto.

The ‘Korean Cinema Today’ section, which previously featured a round-up of the year’s most notable local releases, as well as new independent films, is this year transitioning to showcase more completely new films from Korea.

Meanwhile, the Asian Film Market (October 5-8) is looking to expand into the worlds of television and streaming with the launch of the Asian Contents Awards. Nominees in eight categories will be announced at a later date.