EXCLUSIVE: Company also inks deals for I Am Not Your Negro and Renzo Piano. 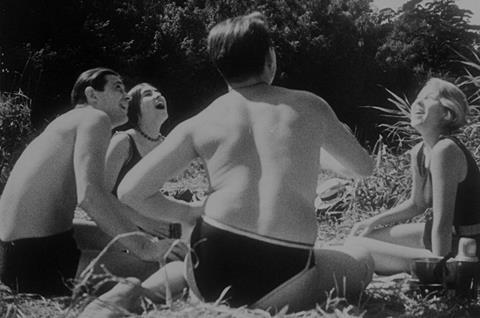 The company has also announced deals on Renzo Piano, An Architect For Santander and Toronto title I Am Not Your Negro.

The film was previously pre-sold to the US (Kino Lorber) and the UK (Eureka), and is aiming at January/February festivals.

Directed by Rudiger Suchsland, Hitler’s Hollywood is the follow-up to the filmmaker’s debut documentary on German cinema, From Caligari To Hitler [pictured], which premiered in the Venice Classics sidebar in 2014.

“As for Hitler’s Hollywood, I know we will sell it because it’s the second chapter after From Caligari To Hitler and most people who bought the first one are interested, and for other territories, the title is already commercial. You don’t have to be a film buff to be interested in Hitler’s Hollywood,” she said.

Directed by Carlos Saura (Argentina, Flamenco Flamenco!) the documentary explores the cultural and environmental influence of the architect who designed Paris’ Pompidou Centre and Berlin’s Potsdamer Platz as he works on the Botin Center in Spain.

The film is waiting for the completion of the Botin Centre and is due to be completed in time for Cannes.

I Am Not Your Negro, directed by Raoul Peck, also sold to Brazil (Imovision), Italy (I Wonder) and the Netherlands (Cinema Delicatessen).