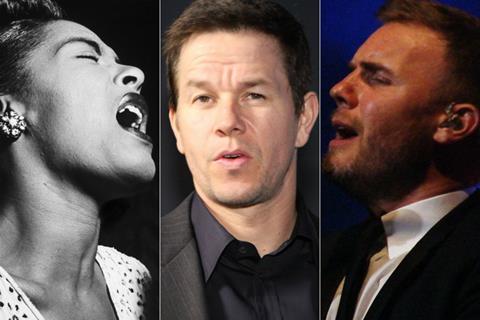 Sierra/Affinity has finalised a raft of major territory deals on its Cannes virtual market slate in the latest encouraging show of strength by independent international buyers.

Sierra/Affinity president Jonathan Kier noted a “robust and enthusiastic” reaction from distributors to The United States Vs. Billie Holiday, Arthur The King, and Greatest Days.

Rights to Lee Daniels’ The United States Vs. Billie Holiday, which is in post-production and will get an Oscar-qualifying US release via Paramount in the upcoming awards cycle, have gone to eOne in the UK and Spain, Metropolitan in France, and Wild Bunch in Germany.

The upcoming adventure story Arthur The King reunites Baltasar Kormakur with his Contraband and 2 Guns star Mark Wahlberg and has closed in the UK, Australia and Canada (eOne), Germany (Leonine), and France (Metropolitan).

eOne and Tucker Tooley Entertainment are financing the story, which is based on the true exploits of a Swedish adventurer who adopted a wounded stray dog during an Ecuadorian jungle race.

“It was incredibly productive,” Los Angeles-based Kier said of the virtual market, adding that he expects further deals to close in the days and weeks ahead.

Kier said he and and his team engaged in 16 hours of back-to-back conference calls on BlueJeans, with regular internal catch-up calls at the middle of the day.

The executive hailed Jerome Paillard’s Cannes Marché and the US agency-led platform, which had been “invaluable” in uniting buyers and sellers behind the idea of the virtual markets several months before they took place.

Kier and his team showed footage from the film The United States Vs. Billie Holiday and the executive said international offers had been coming in before Paramount’s US deal closed. The film is in post and focuses on celebrated jazz singer Holiday’s struggles with fame, addiction, and love. Andra Day plays Holliday.

“We were so happy to be able to keep the film independent internationally – that was the most important thing for us, especially right now,” he said. “The same for the other films. The reaction from the marketplace was robust and enthusiastic for these very different projects.”

As for Greatest Days, Kier said production is expected to start in the UK and Italy in early 2021 and said the project was timely. “It’s uplifting… we felt this is exactly what people will want to see.”