Buyers thirsty for Thomas Vinterberg’s ‘Another Round’ (exclusive) 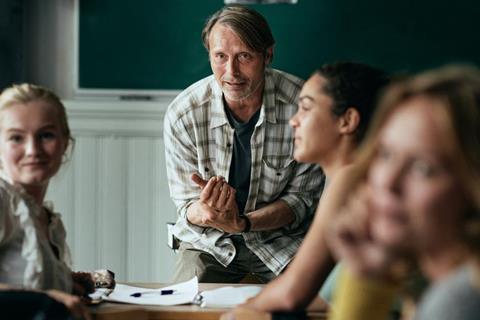 TrustNordisk has closed a number of new deals during Cannes Marche for Thomas Vinterberg’s Another Round, selected for the Cannes 2020 label.

The film will have its physical world premiere in Toronto; its Danish release is set for September 24.

Written by Vinterberg and Tobias Lindholm, the film centres on four high-school teachers who test a theory that they will work and live better by maintaining a constant level of alcohol in their blood. Their initial results are positive with classes and results improving; however, as they continue the experiment the results become more extreme.

Mads Mikkelsen, whose credits include The Hunt, leads the cast, alongside Thomas Bo Larsen, Lars Ranthe and Magnus Millang.