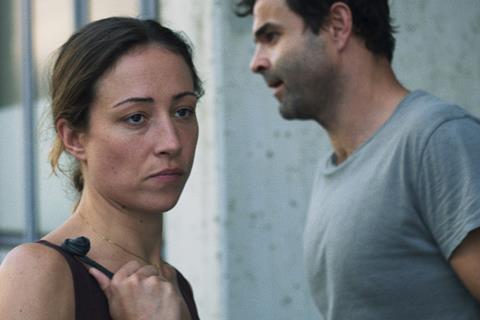 Eva Trobisch’s graduation film All Good (Alles Ist Gut) was the big winner at this year’s Munich Filmfest (28 June - 7 July) which closed at the weekend with the German premiere of Andrew Niccol’s sci-fi thriller Anon.

Trobisch’s drama about a woman who is raped and the impact it has on her life took home the German Cinema New Talent Award for best director for Trobisch and best actor for Aenne Schwarz, as well as the prize from the FIPRESCI  international critics jury. It screend in the New German Cinema section. Read Screen’s review here:

All Good was picked up by Berlin-backed NFP marketing & distribution* (sic) at the festival. It is a co-production etween Trimafilm, Starhaus Filmproduktion and Munich’s University for Television and Film (HFF).

The co-production between Weydemann Bros. and Lightburst Pictures is the second collaboration between sibling producers Jonas and Jakob D. Weydemann and the US-born director Harper. It will be released by Farbfilm in German cinemas on August 16.

The €15,000 CineVision Award for talented international directors who use the language of film to break new ground went to the Danish-Iranian filmmaker Ali Abbasi’s disturbing drama Border, with a special mention for The Great Buddha by the Taiwanese director Hsin-Yao Huang.

The Bayern 2 and SZ Audience award was presented to Oliver Haffner’s Wackersdorf - Be Alert, Courageous And Solidaric, about the protests against the construction of a nuclear reprocessing plant in Bavaria in the early 1980s.

The production by Ingo Fließ’s if…Production will be released by Alamode Filmdistribution locally on September 20 and a day later in Austria.

For the first time the audience award of the Kinderfilmfest offered prize-money of €1,000 and was won by Dutch actor-filmmaker Tessa Schram’s 100% Coco which is being sold internationally by Beta Film.

In addition, the Interfilm Academy’s jury awarded the One Future Prize to Letters To The President, about one woman’s struggle against deeply rooted prejudice and overpowering patriarchal structures. It is directed by Afghan filmmaker Roya Sadat, the country’s first woman director in the post-Taliban era. A jury also gave a special mention to Florian Weigensamer and Christian Krönes’ documentary Welcome To Sodom.

According to the festival’s organisers, the Filmfest programme of 220 films attracted a total audience of around 80,000, which is on a level with the attendances of previous years. This year saw the Filmmakers Live! programmme of panel discussions streamed for the first time, eaching some 73,000 viewers via Facebook.

Local deals were  in the works on a slew of world premieres by the end of the festival: Darling Video acquired German rights to Philipp Eichholtz’s Everything Always All The Time (Kim hat einen Penis), while there was reported buyer and sales interest in Erkan Acar’s comedy Ronny & Klaid, Henning Gronkowski’s rollercoaster ride through the Berlin youth subculture Yung and Robert Bohrer and Emma Rosa Simon’s romantic comedy Love Movie (Liebesfilm) .