The head of CAA’s television department was speaking on a Jerusalem Film Festival panel. 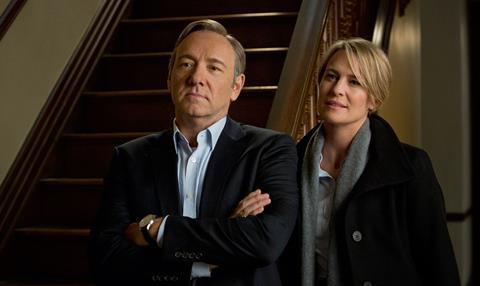 Adam Berkowitz, co-head of television at CAA, discussed the increasing convergence between film and television in an industry workshop on Monday (July 11) at Jerusalem Film Festival (July 7-17).

The US agent, who has managed the sales and packaging of a multitude of successful TV shows including True Detective and House Of Cards, said that nowadays he would always first seek to attach film talent to a strong piece of material.

“It’s not that they’re better than the people working in television but they carry so much more weight and it gets everyone so much more excited, which helps going into the marketplace,” said Berkowitz.

“I work with directors like Sam Raimi, Francis Lawrence and Ang Lee. A project with Ang Lee attached to it is going to get so much more attention than even the biggest TV director.”

While film directors are increasingly interested in exploring television, particularly in the mini-series format, getting them to commit to a TV project is the main challenge. “It’s hard to find the material that gets these guys passionate and spark their interest,” he said. “But they’re all interested. Television is fantastic now.”

Berkowitz, who has strong attachments to Israel and recently sold the Israeli young-adult series The Greenhouse to Netflix, also commented on the increasing synergies between cinema and TV talent.

“Distribution channels are changing. Netflix and Amazon are doing original movies now and there will come a point where a movie will open simultaneously in your home. If a narrative is closed-ended it will be a movie; if it’s open ended, it will be a series. It will be the same talent doing both.”