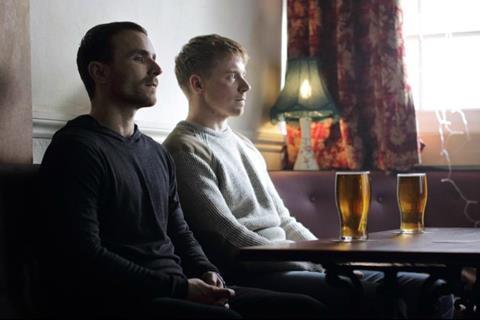 While a Netflix deal can be lucrative, the online streaming service is not always the right fit for independent films, suggested a Glasgow panel on Thursday (Jan 28).

UK producer Rachel Robey from Wellington Films, the company behind Matt Palmer’s Scottish thriller Calibre, which was released globally by Netflix last year, highlighted the film had been made for a theatrical audience.

“We intended for Calibre to be a cinema release. We thought there was a good chance it could be quite a commercial film and could possibly play multiplexes,” said Robey, who has an executive producer credit on the film. “When we started to make it, we saw those [theatrical] possibilities were receding, and indie thrillers were doing less and less well in cinemas.”

Netflix had made an initial offer on Calibre to sales agent Beta Cinema after viewing a promo, but Robey said Beta were confident in the film and decided to turn that down. After viewing the completed film at a later festival, Netflix returned with a “substantially better offer”.

Robey said the filmmakers “agonised” over the Netflix decision but ultimately one of the key selling points was its ability to negotiate a short window prior to the VoD release to have a festival premiere for the film at Edinburgh in 2018.

“The festival premiere was really important. We wanted to offer some protection for the filmmaker before the film potentially disappeared into the platform [Netflix]. At Edinburgh [the filmmakers and actors] got career defining reviews, won the Michael Powell award, and lots of attention. Matt Palmer got an American agent off the back of it,” Robey recalled.

The producer added her fears of disappearing on Netflix were allayed when the film debuted on the platform, with the ensuing buzz and online endorsements from the likes of Stephen King demonstrating audiences were engaging with the title.

While Netflix typically does not share data with anyone outside of its organisation, Robey said the company  did provide a “comprehensive presentation” about how the film had performed, including viewing figures that showed “a lot of people had seen the film”.

Speaking on the panel, distribution executive Eve Gabereau, the founder of UK outfit Modern Films, agreed a Netflix release does not work for every film. One of Gabereau’s previous titles, I Am Not A Witch, had received interest from Netflix but the team had decided to turn it down to pursue international distribution deals because they believed that model would be more appropriate or that film. She admitted it was “a hard decision to make” because of the money on the table, but that they had wanted their film “to have a life beyond Netflix”. Gabereau pointed to Houda Benyamina’s 2016 Cannes premiere Divines as a film that had struggled to make a major impact after being snapped up by Netflix.

Robey agreed a Netflix deal needs to be analysed on a case-by-case basis, “There’s no cookie-cutter approach. A strategy for one film will almost certainly be wrong for another. You can’t now you’ve done the right thing until you’ve done it.”