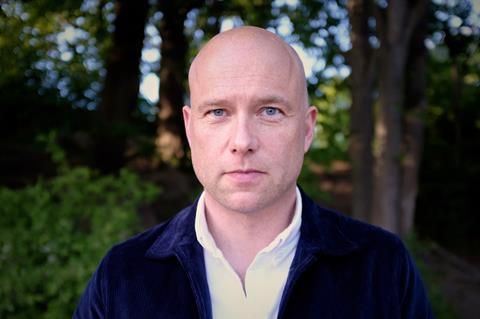 Calle Marthin has been named head of Nordisk Film Production Sweden, a post he will start on Sept 1.

In the newly created position, he will be tasked with bolstering Nordisk Film’s production of films and TV series with commercial potential.

Since 2016, Marthin has been a feature film adviser at the Swedish Film Institute. He has previously worked as a producer, screenwriter and director, and he previously created TV series such as The Bonus Family (Bonusfamiljen) and Our Friends’ Lives (Våra vänners liv).

He also previously worked in publishing at Bonnier’s Wahlström & Widstrand.

”Nordisk Film will become a magnet to attract the best creative minds. We aim to make movies with a ‘broad appeal & personal signature’ and to ensure that we continuously produce high-quality commercial films for a wide audience. That’s why I am delighted that Calle Marthin has said yes to joining us. With his extensive experience in Swedish film and TV, and his energy that rubs off on everyone around him, he is the natural choice to lead our venture in Sweden,” said Henrik Zein, CEO of Nordisk Film Production.

Marthin added: “It feels fantastic to work with Nordisk Film, the world’s oldest and one of Scandinavia’s biggest film production companies. With the best directors and most astute screenwriters, we aim to make movies for a wide audience - movies that put the story at the centre. We want to provide the audience with laughter and tears, excitement and recognition. In other words, we aim to tell stories that move people.”