There were also wins for Sofia Coppola, Joaquin Phoenix and Diane Kruger. 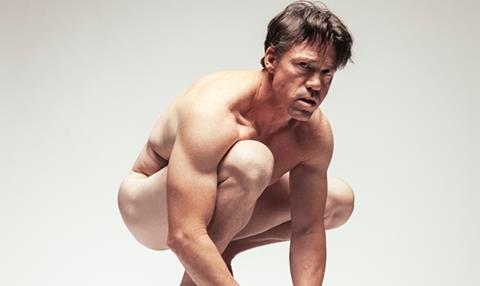 The Competition prizes for the 70th edition of the Cannes Film Festival have been handed out tonight (28 May) in the Lumiere Theatre, with Ruben Östlund’s The Square winning the coveted Palme d’Or.

The film is the follow-up to the Swedish director’s breakout feature, Force Majeure, and stars Claes Bang as a museum director whose life goes downhill after an ill-judged PR stunt to promote a piece of performance art called The Square.

After winning the award, Ruben Östlund led the entire audience in unleashing a primal scream.

The film picked up strong scores on our Jury Grid, earning an impressive eight three-star ratings, and one maximum four-star score from France’s Michel Ciment, with an average of 2.7.

Read our review of ‘The Square’ HERE

Robin Campillo’s (BPM) Beats Per Minute was tipped for the top prize but had to settle for the Grand Prix.

The film earned a standing ovation, and director Campillo said “this is a very emotional moment for me” when he collected the award.

Screen’s critic described the film as a “tenderly crafted gay love story that unfolds during the fight against the prejudice surrounding AIDS.”

The most surprising moment of the night was perhaps the screenplay prize, which was jointly awarded to Yorgos Lanthimos’ The Killing Of Sacred Deer and Lynne Ramsay’s You Were Never Really Here.

“Joaquin Phoenix made this film as much as I did” said Lynne Ramsay in her thank you speech.

Phoenix went on to win the best actor award for his performance, and looked stunned when his name was read out. He then apologised for wearing trainers at the ceremony.

The best actress prize went to Diane Kruger for Fatih Akin’s terrorism drama In the Fade.

Our critic presciently described her performance as “although not wholly consistent, of the awards-friendly, bared nerve endings variety”.

Accepting his Jury prize, Andrey Zvyagintsev joked: “I would like to thank the jury, and most of all Will Smith - he really does exist.”

Coppola was not there to accept the award, so Toni Erdmann director Maren Ade collected for her and read out a message thanking her father, brother and Jane Campion.

Diane Kruger (In the Fade)

The Killing Of Sacred Deer and You Were Never Really Here