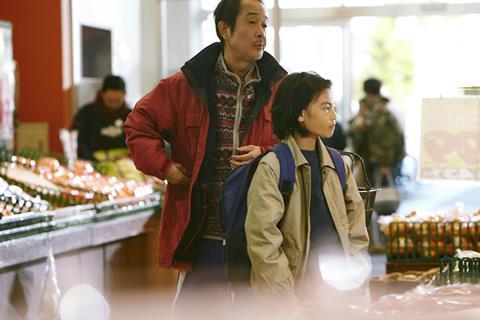 Hirokazu Kore-eda has won the 2018 Cannes Palme d’Or for Shoplifters, his story of a shoplifting father-and-son duo and the little girl they take in from the street. Sakura Ando and Mayu Matsuoka co-star.

The Japanese director takes home the festival’s primary honour on his fifth appearance in Cannes’ Competition. He first appeared in the festival’s main programme in 2001 with Distance and his previous appearance to this year was in Un Certain Regard in 2016 with After The Storm. He previously won Cannes’ Jury Prize in 2013 for Like Father, Like Son.

Back in Cannes Competition for the first time in 27 years, Spike Lee won the festival’s Grand Prix for his BlacKkKlansman. The film, produced by the team behind 2017 breakout smash Get Out, is inspired by the life of Ron Stallworth, an African-American police officer from Colorado Springs who went undercover in the Ku Klux Klan.

As per the rest of this year’s Cannes, the awards ceremony saw plenty of emphasis placed on the Time’s Up and #MeToo movements, with one particularly notable moment seeing Asia Argento, on stage to present the Best Actress prize, telling the audience that the festival was Harvey Weinstein’s “hunting ground” and that “in 1997 [she] was raped by Harvey Weinstein in Cannes”.

“I want to make a prediction – Harvey Weinstein will never be welcomed here ever again. He will live in disgrace, shunned by a film community that once embraced him and covered up for his crimes,” Argento continued. “Even tonight, sitting among you, there are those that still have to be held accountable for their conduct against women. You know who you are, but most importantly, we know who you are and we’re not going to allow you to get away with it any longer.”

In other awards on the night, Jean-Luc Godard, in Cannes’ Competition for the eighth time, was awarded a special Palme d’Or for his latest film, The Image Book. Despite being up for the prize on seven previous occasions (the first in 1980), Godard has never taken home a Palme d’Or before today.

Nadine Labaki, making her first appearance in Competition on her third Cannes outing, was presented the jury prize for Capernaum.

The best actress prize went to Samal Yeslyamova for her performance in Sergey Dvortsevoy’s Ayka, while the best actor prize went to Marcello Fonte for his turn in Matteo Garrone’s Dogman.

Alice Rohrwacher (Happy As Lazzaro) shared the best screenplay prize with Jafar Panahi and Nader Saeivar for their 3 Faces.

Elsewhere, the Camera d’Or went to Lukas Dhont for his well-received Girl, while Charles Williams won the short film Palme d’Or for All These Creatures.

Palme d’Or for a short film

Charles Williams, All These Creatures