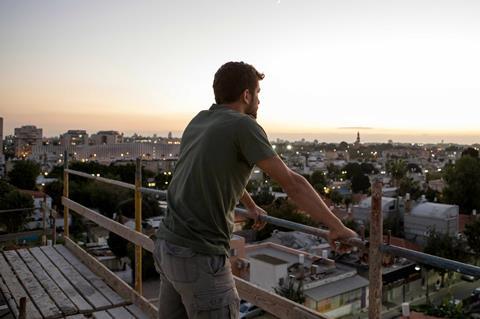 The film will open theatrically in New York and other markets in September 2018, followed by a DVD and VOD release.

Scaffolding premiered in the independent showcase staged by France’s Association for the Diffusion of Independent Cinema and centres on a 17-year-old troublemaker groomed by his father to inherit the family scaffolding business who forms a special connection with his literature teacher.

In its Cannes review last summer Screen described the film as ”a sharply drawn study of the father-son dynamic.” Newcomer Asher Lax stars alongside Ami Smolartchik and Yaacov Cohen.

”Scaffolding is a special film - moving and beautiful,” Naszewski said. “The fact it is based on the true experiences of Matan Yair, the film’s director, as a teacher in high school, and Asher was his former student in true life, makes the film extremely special and authentic. I’m very happy that it will be released in North America by Breaking Glass, who are devoted to introducing new talents to cinema lovers.

“Matan Yair’s debut feature is both dazzling and wonderfully literate”, Breaking Glass co-president Richard Ross said. “Newcomer, and non-actor, Asher Lax delivers a mesmerizing, assured performance in this complex tale of a boy and his difficult relationship with both his father and teacher.”