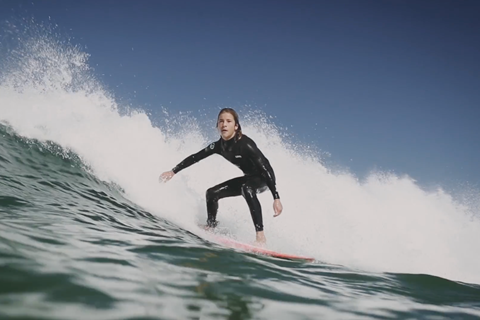 MetFilm Sales is handling international rights. The film is making its international premiere at the BFI London Film Festival (LFF), having debuted at Ireland’s Galway Film Fleadh in July.

Ride The Wave centres on 14-year-old Scottish surfing champion Ben Larg, who is attempting to surf one of the biggest and most dangerous cold-water waves in the world at Mullaghmore, Ireland.

It was part of the Cannes 2021 Great 8 showcase, the initiative showcasing features from emerging UK filmmakers funded and run by the BFI and British Council, in partnership with BBC Film and Film4.

Cosmic Cat has previously released titles including Felipe Bustos Sierra’s Nae Pasaran about a peaceful boycott at a Rolls Royce factory in Scotland, which grossed £105,783 in 2018.

LFF closes on Sunday with Joel Coen’s The Tragedy Of Macbeth.