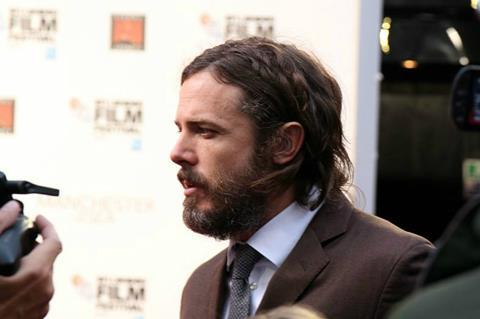 Casey Affleck’s Sea Change Media has unveiled its new feature film project The World To Come about the story of two women who forge a close connection despite their isolation in the mid-19th-century American frontier.

French sales and production company Charades has come on board to handle international rights, launching the project at this year’s EFM. Endeavor Content, ICM Partners and UTA Independent are handling domestic rights

Academy Award-winning Affleck, who is at the Berlinale this year with his lost-in-the-forest drama Light Of My Life which premieres in Panorama tomorrow (Feb 8), will co-star in the film. Other key cast members are Katherine Waterston, whose recent credits include the Fantastic Beasts franchise, Vanessa Kirby, who played Princess Margaret in The Crown and Jesse Plemons, who can currently be seen on the big screen in Adam McKay’s Vice.

Norwegian actress-filmmaker Mona Fastvold will direct from a screenplay by Ron Hansen and Jim Shepard. It is based on a short story by Shepard which was acclaimed by literary critics in the US when it was published in 2017.

Affleck and Whitaker Lader will produce under their Sea Change Media banner with Christine Vachon and David Hinojosa of Killer Films executive producing. David Lowery, Toby Halbrooks and James Johnston of Sailor Bear will also executive produce. This marks their fourth collaboration with Affleck following The Old Man & The Gun, A Ghost Story and Ain’t Them Bodies Saints.

The project also reteams Affleck and Ron Hansen, author of Academy Award-nominated The Assassination Of Jesse James By The Coward Robert Ford.

Fastvold made her feature directing debut with The Sleepwalker, which premiered at the 2014 Sundance Film Festival. She has screenwriter credits on Brady Corbet’s directing debut The Childhood Of A Leader and Laure de Clermont-Tonnerre’s directorial debut The Mustang, starring Matthias Schoenaerts and Jason Mitchell, which recently premiered at Sundance.

The World To Come will be her first time directing from someone else’s script.

“Prior to receiving the screenplay for The World To Come, I hadn’t considered directing a film that I did not conceive of myself but as I turned its last few pages, I knew it was what I wanted to make next,” said Fastvold. “Ron Hansen and Jim Shepard’s script is a rich and engrossing character study of four second-generation Americans battling the elements and eventually each other.”

Affleck added: “Mona is very smart and has an exciting vision for this film. The remarkable talents of Katherine, Vanessa and Jesse are the perfect combination for this movie. We are grateful to Killer Films for coming on board to help guide the production. They have a long, successful and prestigious history-making special movies like this. And we always love working with our mates at Sailor Bear.”