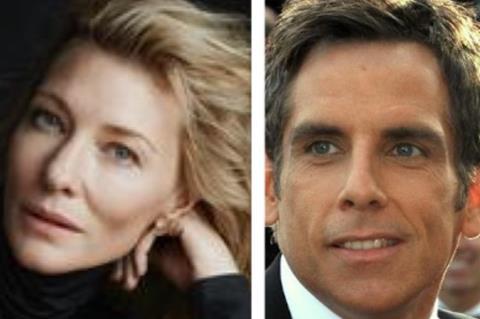 Cate Blanchett and Ben Stiller will star in and Stiller will direct a feature adaptation of 1960’s espionage series The Champions for New Republic Pictures, ITV America and Blanchett’s Dirty Films.

The property is based on Dennis Spooner’s series and centres on three UN agents whose plane crashes into the Himalayas and get rescued by an advanced civilisation living secretly in Tibet who grant them enhanced intellectual and physical abilities. When the agents return to the outside world they use their new superhuman powers to defend law, order, and justice.

Stiller will produce through his Red Hour Productions alongside Bew Republic’s Brian Oliver and Bradley Fischer, and Blanchett, Andrew Upton and Coco Francini of Dirty Films.

The Champions marks the next under New Republic’s first-look deal with Dirty Films after Queen Bitch & The High Horse.

“Champions is a long forgotten gem that will excite a new generation in the same strange and magnificent way that the original series spoke to us,” said Blanchett. “I’ve long wanted to work with Ben – the director and the actor. He is one of the most engaged and versatile directors working today. Anyone who can make both Zoolander and Escape At Dannemora is a creative force to be reckoned with.”

“I’m a huge fan of Cate’s for a very long time,” added Stiller. “I’m hoping this project will help people to finally take her seriously as an actress.”

Blanchett will soon be seen in awards prospects Nightmare Ally for Searchlight Pictures opposite Bradley Cooper and Netflix’s Don’t Look Up for Adam McKay and is in production on Tar for Todd Field.

Stiller is in post on the Apple+ workplace thriller series Severance which he directs, and is attached to direct and produce the features Bag Man for Focus Features and London, based on a short story by Jo Nesbo.