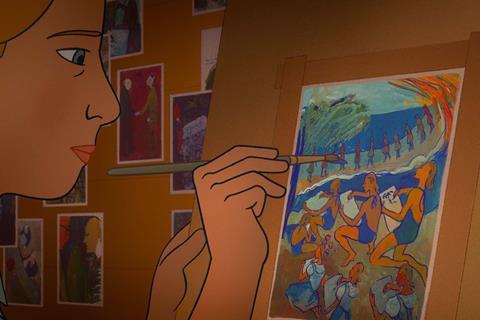 Eddie Marsan, the late Helen McCrory, Sophie Okonedo and Mark Strong round out the voice cast on the film, inspired by German-Jewish artist Charlotte Salomon who came of age on the eve of the Second World War and created the autobiographical painting series ‘Life? Or Theatre?’.

The Canada-France-Belgium co-production premiered at Toronto and Rome this year and is scheduled to open on April 22, 2022.

A French version features the voices of Marion Cotillard and Romain Duris. Eric Warin and Tahir Rana direct from a screenplay by Erik Rutherford and David Bezmozgis.

Sierra/Affinity handles the majority of worldwide rights outside Benelux and Canada and oversaw the US deal with Good Deed. Elevation will release Charlotte in English-speaking Canada, while MK2 Mile End is distributing in Quebec, The Searchers in Benelux, and Diaphana in France.