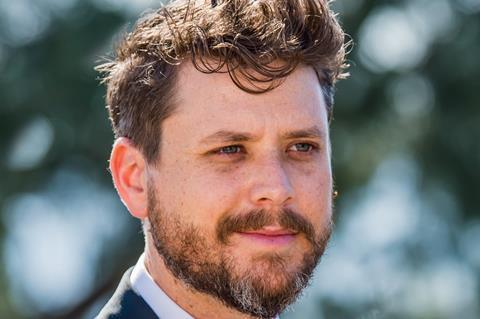 Pablo and Juan de Dios Larraín of Chilean powerhouse Fabula, whose upcoming Spencer starring Kristen Stewart is a strong contender for a world premiere slot in Venice, have promoted Andrew Hevia to head of film and TV of the North American office.

Hevia was brought in to help launch the North American office in 2018 and worked as vice-president of film and TV. He will be joined by Constanza Muñoz, who previously worked in the company’s Santiago headquarters.

He also directed the documentary Leave The Bus Through The Broken Window, and co-founded Cinematic Arts Residency with Miami-based Oolite Arts alongside filmmaker Kareem Tabsch, now in its fourth year.

“Andrew has been an essential part of the North American office since we launched it three years ago,” said Juan de Dios Larraín, “This appointment is a testament to his work. We are thrilled to continue on this journey together as we expand our operations in North America and in the English language.”

“I am grateful for this opportunity and am tremendously excited to move into this new role,” said Hevia. “I look forward to continuing to work with some of the best international storytellers across film and TV. This is a great time for global storytelling.”