China box office: 'How Long Will I Love U' tops poor week 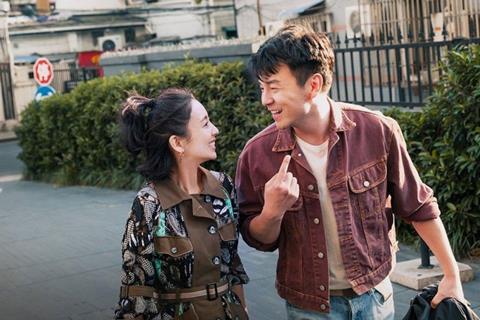 ‘How Long Will I Love U’

The Chinese box office, which has been shrinking for the past several weeks, continued the downward spiral in the period of Jun 4-10 by about 35% week-on-week, making it the quietest week since September in 2016.

Disney’s Avengers: Infinity War bounced back to second place with $12.4m for $390.8m after 31 days. Currently the top foreign film in 2018 and the third highest grossing foreign film ever (after Furious 8 and Furious 7), its release has been extended for another month until Jul 9.

The next three places were filled by new releases. Indian comedy drama Toilet – Ek Prem Katha fared the best among the newcomers, winning the weekend and topping the charts on both Saturday and Sunday. It ranked third overall with $9.7m from its three-day opening debut, which is comparable to that of Baahubali 2: The Conclusion. Starring Akshay Kumar and Bhumi Pednekar, it is the fifth Indian title on release in China this year.

It was followed by local comedy Happiness Is Coming on $7.6m and action thriller Black Water on $6.7m, both from their first three days. The latter, starring Jean-Claude Van Damme and Dolph Lundgren, was the chart-topper on Friday before falling to fifth and sixth place on Saturday and Sunday respectively.

When Jurassic World: Fallen Kingdom opens on Jun 15, it is expected to bring the Chinese audiences back to the cinemas in droves.