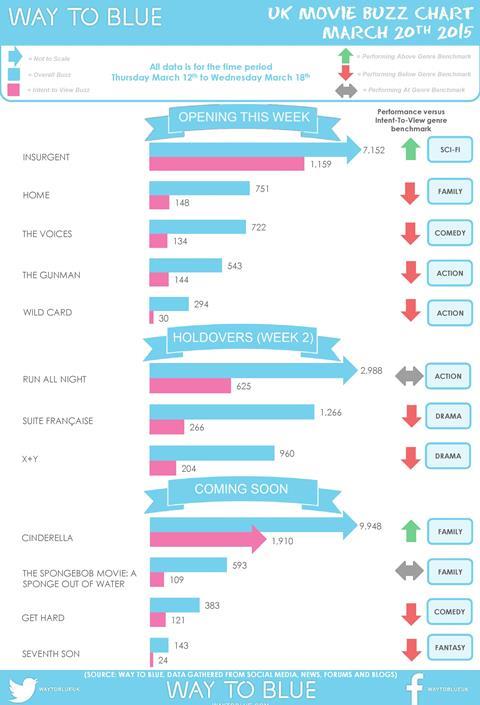 A week ahead of its release, Disney’s live-action Cinderella is already generating major buzz online, according to Way To Blue.

Of those, 19% expressed intent to view, meaning they would likely convert comments into cinema tickets.

The film topped box offices around the world such as China and the US, where it was released last weekend.

Insurgent, the second instalment of The Divergent Series, could not quite reach the same heights, with more than 7,150 comments and 16% intent to view ahead of its release in the UK this weekend.