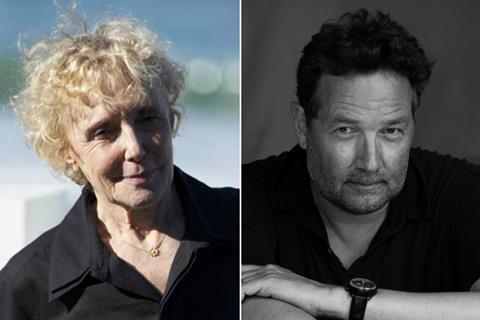 French director Claire Denis and Greek cinematographer Phedon Papamichael have been confirmed as the final ‘Masters’ at the sixth edition of Qumra, the annual talent incubator event of the Doha Film Institute (DFI), running March 20 to 25 this year.

They will join previously announced US director James Gray, Austrian filmmaker Jessica Hausner and awarding winning sound editor Mark Mangini. The five ‘Masters’ give a master-class as well as one-on-one advice to select DFI-supported projects invited to the event.

Denis, whose most recent credits include High Life and Let The Sunshine In, is currently working on pre-production for Nicaragua-set, English-language feature The Stars At Noon, starring Robert Pattinson and Margaret Qualley.

Cinematographer Papamichael’s 45 credits include While You Were Sleeping, Nebraska, and most recently, the Bafta-nominated Ford V Ferrari (2019).

”Denis’ daring portrayals of the human condition amidst complex social and cultural landscapes continue to embolden filmmakers to defy standard convention and embrace the poetry of storytelling,” aid filmmaker and DFI artistic advisor Elia Suleiman. “Papamichael has an exceptional ability to visually immerse audiences in performances with his extremely precise cinematic compositions,” he added.

This year’s edition of Qumra will offer networking and development opportunities to 47 projects from 20 countries as part of its mission to support filmmakers from the region and beyond.

Projects in development participate in group and individual sessions with Qumra Masters and industry mentors in script consulting, legal, sales, marketing and co-production advice, along with individual matchmaking.

Projects in post-production are presented in a series of closed rough-cut screenings to leading festival programmers, broadcasters, market representatives, sales agents and distributors.

This year’s selection of projects includes seven TV series in development for the first time.

They include Tunisian filmmaker Erige Sehiri’s The Source, set against the backdrop of the frontline of the Arab Spring; Lebanese directors Nadim Tabet and Mounia Akl’s Faraya, about an investigation into the death of a maid in a ski resort, and supernatural drama Meskoun by Morocco’s Hicham Lasri.

There are also two Qatari TV projects including The Life Of Abdulla in which Qatari fashion consultant and influencer Abdulla Al Abdulla goes behind the scenes of his life.

Invited feature film projects in development include Syrian’s director Soudade Kaadan Nezouh about a young Syrian girl whose life is opened up to new possibilities after a missile destroys the roof of her house. It is Kaadan’s second feature after The Day I Lost My Shadow which won Venice’s Lion of the Future award in 2018.

Projects in post-production include Kamir Aïnouz’s coming-of-age tale Honey Cigar about a young Paris-raised Algerian girl, whose life family life and sense of identity is challenged by the rise of fundamentalism in her native Algeria in the early 1990s