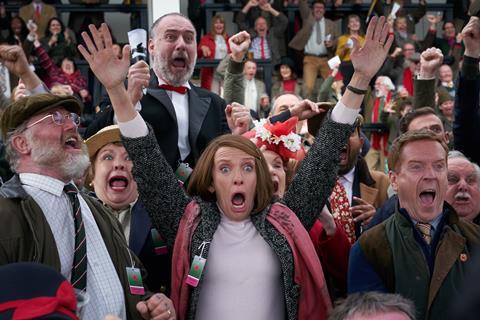 As previously announced, Bleecker Street and Topic Studios have jointly acquired US rights and Warner Bros is distributing in the UK. The SPWA deal includes rest of world, excluding Canada, Italy and France.

The film, about a woman (Colette) who starts a racing syndicate in her small Welsh village and attempts to raise a champion racehorse, also stars Owen Teale, Joanna Page, Karl Johnson, Nicholas Farrell and Siân Phillips. It is in post-production in Wales.

The true story behind the film was previously told in the documentary Dark Horse, produced by Judith Dawson and directed by Louise Osmond, also backed by Film4 and Ffilm Cymru. It won the World Cinema Audience Award at Sundance before being released by Picturehouse in the UK and Sony Pictures Classics in the US.

Dream Horse is a RAW production and was written by BAFTA award-winning writer Neil McKay (See No Evil: The Moors Murders) and developed with Film4. Producers are Katherine Butler and Tracy O’Riordan.

Film4, Ingenious Media, Ffilm Cymru Wales provided funding for the film, which is also supported by the Welsh Government.