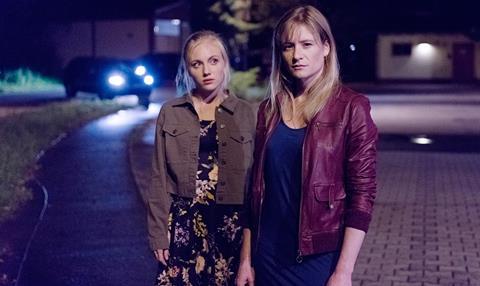 Florian Henckel von Donnersmarck’s Werk Ohne Autor, which is on German sales outfit Beta Cinema’s slate at this week’s European Film Market (EFM) in Berlin, has already sold to many major European territories, among them UK, France and Italy.

Beta has signed deals with Curzon Artificial Eye for UK and Diaphana Distribution in France. In Italy, Rai Cinema will bring the movie to theaters, Benelux will be handled by Cinemien.

In Southern Europe, Feelgood Entertainment took rights for Greece and Fabula Films for Turkey. In Israel, the movie will be released by Lev Cinema.

The cast is headlined by Tom Schilling (Oh Boy), Sebastian Koch (The Lives Of Others) and Paula Beer (Frantz) and was shot by five-time Academy Award-nominee DOP Caleb Deschanel (The Patriot, The Passion Of the Christ).

Werk Ohne Autor tells the story of an artist Kurt (Tom Schilling), his great love Elisabeth (Paula Beer) and is relationshop with his enigmatic father-in-law Professor Seeband (Sebastian Koch), whose actual role in the fateful events surrounding Kurt´s life will eventually see the light in his paintings.

The movie was produced by Pergamon Film and Wiedemann & Berg Film. The producers are Jan Mojto, Quirin Berg, Florian Henckel von Donnersmarck and Max Wiedemann. ARD Degeto and the Bayerischer Rundfunk are also on board as co-producers. Walt Disney Studios Motion Pictures Germany will distribute the film in Germany. The film is being made in cooperation with Beta Cinema.