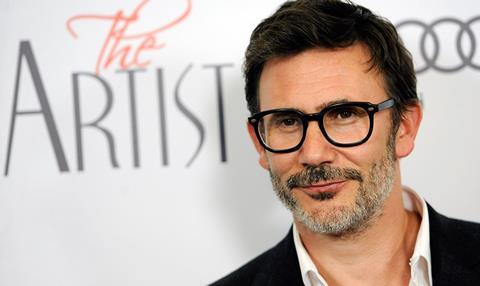 Italian distribution veteran Valerio De Paolis may have completed the sale of his company BIM to Wild Bunch two years ago but he shows no intention of retiring on the proceeds from the deal.

The distributor has announced a slew of Cannes acquisitions for his burgeoning Rome-based distribution label Cinema.

Pre-buys at Cannes included David Robert Mitchell’s LA-set thriller Under The Silver Lake; Michel Hazanavicius’s 1960s-set Jean-Luc Godard tribute Redoubtable from Wild Bunch and Aki Kaurismaki’s The Other Side Of Hope from The Match Factory.

“I love Godard and the 1960s and I’m confident of Hazanavicius’s ability to capture the era in the same way as he did Hollywood in the 1920s in The Artist, a film that I adored. I think it’s going to be an interesting movie,” said De Paolis of Redoutable.

“All the acquisitions I do now are for Cinema and not for BIM,” says De Paolis. “We occasionally cooperate on the distribution of a film but when I buy something, I buy it for Cinema. We have a 100% functioning office here and do our own sales and marketing.”

“We only started acquiring properly last year. The slate we’ve built up in that timeframe is quite impressive in terms of the quality and budget of the movies. We’re growing,” comments De Paolis.

In its first year of full activity, Cinema has generated some good results at the box office on a number of its early acquisitions.

Upcoming releases will be The Together Project and Being 17 in September followed by I, Daniel Blake in mid-October, and Paterson in mid-November.

Cinema is also planning a Christmas release of American-Israeli director Rama Burshtein’s Through The Wall, following a young orthodox woman who carries on with her wedding day plans despite the fact the original groom has dropped out. It is tipped for a Venice premiere.

De Paolis is holding fire on the releases of Loving and Toni Erdmann, which he believes both have Oscar potential.

“Toni Erdmann could be for October this year but I have a feeling that this is the sort of movie they would like a lot in America and that it could make it to the nomination stage, in which case we’ll keep it for next year.”

Other releases for 2017 will be Mick Jackson’s Denial, Gurinda Chada’s Viceroy’s House, which the company will launch to coincide with the 70th anniversary of the partition of India in 1947; John Cameron Mitchell’s buzzed-about How To Talk to Girls At Parties; and Redoubtable and Happy End which are both expected to debut at Cannes 2017.