Daniel Kokotajlo's 'Apostasy' gets sales deal ahead of Toronto premiere 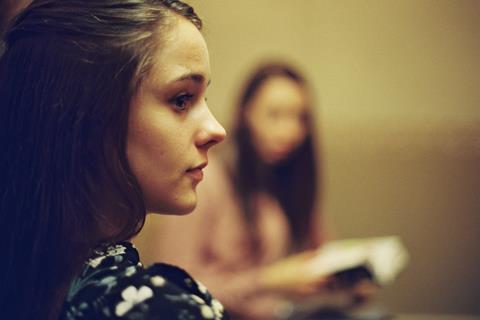 Cornerstone Films has taken world sales on Daniel Kokotajlo’s Apostasy, which is set to have its world premiere at the Toronto International Film Festival in the Discovery strand.

Writer-director Kokotajlo, a former Screen Star of Tomorrow, makes his feature debut on the project, which is set in the Jehovah’s Witness community.

Apostasy stars Siobhan Finneran (Boy A), Sacha Parkinson (Mr Selfridge), Molly Wright (The A Word), and Robert Emms (Borg/McEnroe) in the story of a Jehovah’s Witness family that that is forced apart when one of them questions the advice of the community’s elders.

Producers on the project are Andrea Cornwell of Saddleworth Films and Marcie MacLellan of Frank & Lively Productions. It was developed and produced through Creative England’s iFeatures scheme with the support of BBC Films and the BFI, in association with Oldgarth Media.

Recent projects to have graduated from iFeatures include The Levelling and Lady Macbeth, both of which played in Toronto last year.

“It has been a challenging and rewarding experience to develop this film from a simple treatment through to a uniquely moving film,” said Producer Marcie MacLellan.

“Daniel has sensitively questioned the notion of unconditional familial love. While doing so, he has created three powerful roles for strong and complex women struggling to find their place in their community and in their relationships with one another”.

Andrea Cornwell added: “We’re excited to be bringing Apostasy to TIFF, following in the footsteps of our fellow iFeatures Lady Macbeth and The Levelling. We hope that the film will resonate with international audiences as a thoughtful and challenging look at faith in today’s world”.

Alison Thompson and Mark Gooder of Cornerstone jointly commented; “We were both struck by the emotional clarity and power of Daniel’s film. He brings us into a world most of us know nothing about and asks us to open our hearts and minds to a deeply personal struggle. It’s a startling debut and one we feel will resonate with audiences at Toronto and beyond”.

Cornerstone will launch the project to buyers in Toronto.