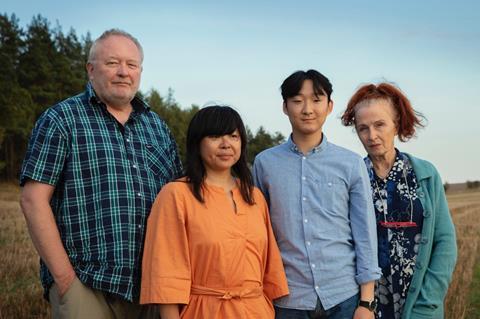 Danish filmmaker Malene Choi has started production on her new feature The Quiet Migration, in the countryside on the Djursland peninsula in Denmark.

Filming began on August 30, and will continue until October 8.

Choi’s last feature was the 2018 documentary/fiction hybrid The Return, which world premiered in Rotterdam and played dozens of other festivals including Goteborg, Vilnius, CPH:DOX, Hot Docs, Seattle, New Horizons and Edinburgh.

The Quiet Migration, her first fully fictional feature, also looks at the consequences and complexity of transnational adoption, as seen in the story of Carl, originally from South Korea and adopted by a Danish farming family. When he is 19, he dreams about reconnecting with his origins, especially after an unpleasant gathering with his extended Danish family.

Choi, who herself is adopted, said, “My intention is to make our hidden lives visible and show from an insider’s perspective some of the unforeseen consequences that this habitual form of migration creates.”

Sissel Dalsgaard Thomsen (Breeder) has written the script after also collaborating with Choi on The Return.

The film was shortlisted for Torino ScriptLab and developed at New Horizon Studio, Sources and presented at the Discovery initiative in Goteborg.

Øst for Paradis is handling distribution in Denmark, while Mer Film is the Norwegian distributor.