David Oyelowo calls for Bafta changes: “It cannot be a road trip for Hollywood” 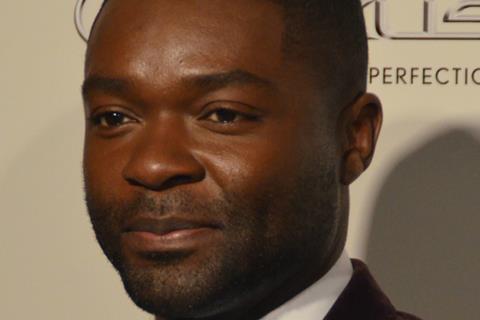 UK actor and filmmaker David Oyelowo has issued a clarion call for the Baftas to change its date, and forge a stronger identity away from the Oscars and traditional awards season.

Speaking in the latest edition of Screen’s Screen Talks live Q&A series, Oyelowo said, “What Bafta needs to do is to not be so closely tied to the Oscars. It needs to happen at a different date.

“Bafta cannot be like the Golden Globes and everything else, just a precursor, and therefore a self-fulfilling prophecy – basically a road trip for Hollywood to hit London on the way to the Oscars.”

The Selma star, who has been in lockdown in Los Angeles since mid-March, said the current pause should give space for considering the role of the British industry.

Oyelowo compared the situation to that of the music industry.

“That will bring about real change,” he said, “because when you think about the Grammys, it’s independent of the Mobos. The Emmys has its own identity; the TV Baftas is not a stop on the way to the Emmys. Change that date! You are not Oscars’ poor cousin; change the date, and be something that is truly autonomous of that.

Oyelowo was joined on the panel by fellow UK actors and producers Noel Clarke and Andrea Riseborough.

Clarke, who is on the Bafta steering committee leading the review on the lack of diversity at this year’s Film Awards, said the industry should also use the enforced shutdown to introduce much-needed improvement on representation.

Referencing Bafta’s adoption of the BFI Diversity Standards, Clarke said, “The new stuff that’s been implemented by Bafta and the BFI is hard. If you do not meet certain diversity requirements, your film is not qualifying.

“That’s one of the things I was more than happy to be a part of,” he continued. “There’s no – ‘we couldn’t find, or there wasn’t a good enough boom operator’ – you won’t qualify. And I think these are the sort of hard, stringent things that need to happen.”

In light of the recent support for the Black Lives Matter movement, Oyelowo said that protests he and his fellow Selma cast and crew made at the time impacted the film’s awards season journey.

“Six years ago,” he said, “Selma coincided with Eric Garner being murdered. That was the last time we were in a place of ‘I Can’t Breathe’ [a slogan for the movement taken from Garner’s last words before he died at the hands of US police].

“I remember at the premiere of Selma us wearing ‘I Can’t Breathe’ T-shirts in protest. Members of the Academy called in to the studio and our producers saying, ‘How dare they do that? Why are they stirring S-H-I-T?’ and ‘We are not going to vote for that film because we do not think it is their place to be doing that.’

“It’s part of why that film didn’t get everything that people think it should’ve got and it birthed #OscarsSoWhite,” continued Oyelowo. “They used their privilege to deny a film on the basis of what they valued in the world.”

Riseborough said that even though the shutdown is “making it harder” to bring about equality of representation, “it’s the time when we have the most power to ask.”

“[Companies making films] have more leverage right now to be able to say, ‘Look, there’s so much going on that we cannot make these needs, these demands, these cannot be included in the contract.’ Which is when I walk away from the project,” said Riseborough.

“We need to remember that in the transaction, because they are much more desperate than we are,” Riseborough continued. “As creatives, we have access to the creativity and the knowledge and that’s something very powerful and something to remember.

“It’s the worst time to ask, and it’s the time that we absolutely should make all of those demands, because I don’t think they’re going to have a choice.”

The full report of the Screen Talks session is available here.