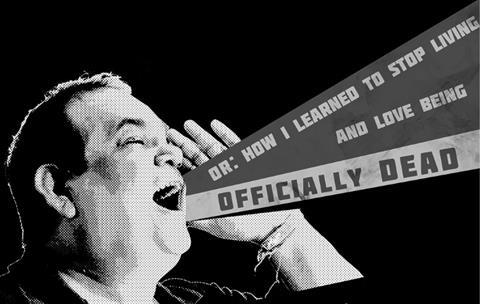 Jury head Michael Favelle said: “Dead, End may be seen as a surprising choice given that it’s not an immediately obvious, traditional fantastic film in the way fantastic film festivals are known for. It is, however, a brilliant satirical surrealist comedy of a place that no one has seen before.”

The comedy is about a man who is declared dead by a shady government official and fights along with other officially “dead” people to get back their “lives”.

Upon accepting his award with the KW15m ($14,790) cash prize, Benegal said of the PiFan/NAFF experience: “It’s been just memorable. So I hope we can go back with this memory, and come back with a film.”

Bruce Hwang Chen’s Taiwanese project The Cartridge And The Man Who Copied Himself picked up both the NAFF Award of KW10m ($9,800) and the inaugural Media Vision Award of $10,000, sponsored by China’s Media Vision Entertainment Group.

The project features a dying neurologist with a brain tumor who gets the opportunity to borrow a young girl’s body to perform brain surgery on himself.

Budgeted at $1.5m, the film has Patrick Mao Huang attached as producer.

See below for a full list of award winners.

NAFF this year hosted 27 projects in total, comprising 21 from It Project and six from Project Spotlight. They had 449 business meetings in total, up seven compared to last year.

The event had a total of 259 participants – foreign and domestic, with “those who came at their own expense” increased by seven.

“I think we had a very eclectic mix of projects true to genre, but also with possibilities for hybrid genre as well. I’m glad to see a strong emergence of interest from Chinese companies for genre projects, too. For the 1st time this year, Media Vision Entertainment Group established an award in the amount of $10,000,” said NAFF head Thomas Nam.

Bucheon Award of KW15m ($14,790)
Dead, End Or: How I Learned To Stop Living And Love Being Officially Dead (India) Dev Benegal

NAFF Award of KW10m ($9,860)
The Cartridge And The Man Who Copied Himself (Taiwan) Bruce Hwang Chen

Media Vision Award of $10,000
The Cartridge And The Man Who Copied Himself (Taiwan) Bruce Hwang Chen