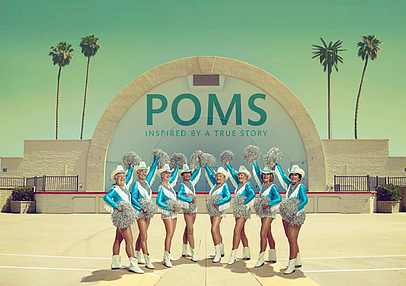 Comedy Poms, starring Diane Keaton, Jacki Weaver and Pam Grier in the story of a group of women who form a cheerleading squad at their retirement community, will be released in the UK by Entertainment One.

The film made a splash at November’s American Film Market when STX picked up US rights for a reported $9m. STX will release on May 10 over Mother’s Day weekend.

Entertainment One struck the deal with Sierra/Affinity, which handles international rights. The sales outfit is owned by Canada-based Entertainment One but has no strict output arrangement for the UK and makes deals on film-by-film basis.

Sierra/Affinity is also financing the project and producing with UK outfit Mad As Birds, and US outfit Rose Pictures.

Zara Hayes directed from a script by Shane Atkinson based on a story by Hayes and Atkinson.