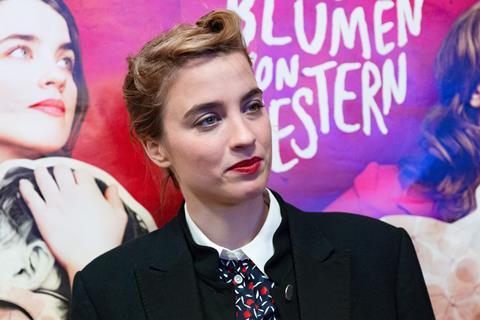 French filmmaker Christophe Ruggia has responded to public accusations by actress Adèle Haenel that he molested her over a period of three years, after casting her in his 2001 feature The Devils, when she was 12-years old.

Haenel made the revelations in a bombshell interview which French investigative news site Mediapart, which was posted on November 3.

Ruggia, who was 36-years old when the alleged abuse began, was a respected figure in the French film industry. He issued a written response via his lawyer to the Mediapart news site on November 6.

He said a strong “personal and professional relationship” had grown up between him and Haenel which deepened during the three months on set. He said he was prepareding her for the role of an autistic girl from a chaotic background.

“I discovered in Adèle Haenel the same creative passion that possessed and never left me as a 15-year-old languishing in the provinces,” he said.

Ruggia said he had maintained contact with Haenel after the shoot to help her readjust back to school and home life.

“I was worried that the return to reality would be difficult after spending three months immersed in an adult environment, at the centre of everyone’s attention,” he wrote.

“I suggested we could continue to see one another from time to time… Vincent Rottiers [Haenel’s co-star in The Devils] wanted to get back to his family and friends, and we didn’t meet up again until much later. Adèle Haenel jumped at the suggestion.”

“Adèle would come to my house and would dip into my video collection, which had thousands of films she wanted to see,” he continued. Ruggia said Haenel would watch her selections during the week and then return them the following Saturday.

“I had boundless admiration for her love of cinema and the talent I had detected in her, and was offended that many of the people around me didn’t see what I saw in her,” he said.

He said this “particular relationship” had carried on for a number of years, driven by a common love of cinema.

“During this time, Adèle Haenel went for a number of roles, in vain. On my side, after several aborted projects, I wrote a screenplay in which I reserved a role for her and Vincent Rottiers,” he said, referring to what would eventually become his 2011 film In The Torment.

In the end, due to budgetary constraints these two secondary roles were dropped. Ruggia said that in 2004, his meetings with Haenel came to end.

Ruggia reiterated his denial of Haenel’s accusations, repeating that he had never in any way made sexual gestures or acted in a sexually harassing way towards her.

“I made the error of playing Pygmalion with all the misunderstandings and obstacles that involves,” he wrote. “During that period, I didn’t see that my adulation and the hopes I placed in her could, given her young age, cause her pain. If this is the case, I can only ask her forgiveness.”

The director said that he had little hope that his written reply to Mediapart would change the way he was now viewed publicly in the light of Haenel’s accusations.

“Your journalist carried out an investigation and even though none of the people interviewed spoke of inappropriate behaviour on my part, the closeness of the relationship that I entertained with this adolescent is enough to damn me. I’m in the process of being socially excluded and there is nothing I can do about it.”

The public prosecutor’s office in Paris announced on Wednesday it was opening a preliminary investigation into Haenel’s accusations.

The actress said in the interview she did not want to press charges. Her decision to go public she said was a militant act, aimed at stamping out sexual harassment throughout society.