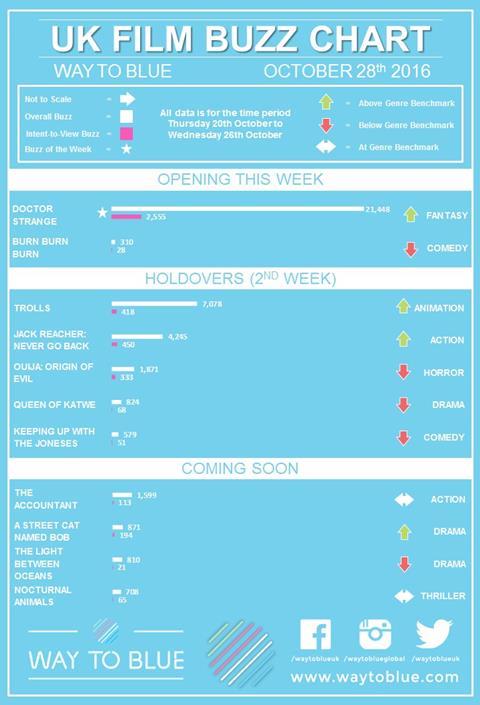 Of those, 12% expressed an intent-to-view for this weekend’s likely box office chart-topper.

Fox’s Trolls led the box office last weekend, and generated more than 7,000 comments, with 418 of those expressing intent-to-view.

Paramount’s action sequel Jack Reacher: Never Go Back was the third buzziest title of the past week with 4,245 comments and 450 registering intent-to-view.